Are you in a survey?

The U.S. Census Bureau conducts more than 130 surveys each year, including the largest household survey in the United States, the American Community Survey (ACS). Each year, more than 12,000 addresses in Alaska are selected to respond to the ACS. Because the ACS is an ongoing survey, addresses are selected each and every month, including during the decennial census.

The U.S. Census Bureau compiles information from household surveys to produce statistics that describe populations and their characteristics, such as age, education, housing and income. This data is collected by asking household members to provide information about the people who live in the house, apartment, mobile home or group housing. Title 13, United States Code, requires the Census Bureau to keep all information about individual survey respondents confidential, including names and addresses.

Once a household is selected for a survey or census, the U.S. Census Bureau sends an official letter from the director of the Bureau to the household. Letters are addressed to “Resident.”

To verify that a household survey is legitimate, please refer to U.S Census Bureau's website. If you still have questions, contact the West Coast regional office in Los Angeles at 1-800-992-3530 and ask, “Am I in a survey?” 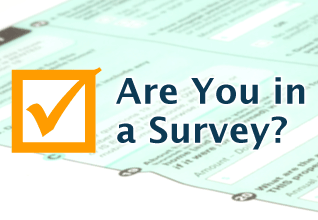 The top 5 household surveys conducted by the U.S. Census Bureau are linked to below.